Some people believe that a lot of leaders out in the business world are successful because they are narcissists.  But in reality, this is not the case.

In the long term, they are actually the reason many profitable companies collapse beyond repair and their innocent employees and customers, left out in the cold.

Someone who is a strong leader manages by agreements and deals with the ‘is’.  They don’t have to rant and thump the desk to get results. Being pragmatic and being a control freak are two opposing attitudes and behaviours. Let me give your some examples:

When a team is doing really well and companies are sailing along, these two opposing leadership styles, sometimes aren’t as obvious. When times are tough, targets aren’t being met and staff morale is low, see these leaders true characters shine through.

A great leader in difficult times will be out the front clearly selling his dream for the long term goals he has for the business.  His vision is crystal clear and his passion and belief flows onto his team and is contagious. They know he truly thinks and feels they will achieve it and it does wonders for team morale.

He is seen around the office and gives encouraging and supportive feedback.  He doesn’t abandon the ship in the storm. He understands people are all different and what motivates one individual, does not work for another.  He actively seeks ways of understanding the people who work for him and what drives them.

A narcissist on the other hand will be yelling, name calling, shifting blame and destroying team morale that can never be repaired or forgotten.  They think ridiculing people will motivate them to do better.  The narcissist can have as many meetings as he likes, but the team doubt the company’s future and understandably so.  They have very little faith in him. He thinks everyone should strive to be a mini version of him and that they should stroke his inflated ego at every opportunity they get.

A good leader will delegate, give clear instructions in writing and schedule follow ups and ongoing training.  They understand the better their team perform, the more time they can spend on working on growing the business and taking regular holidays.  The better the team operate, the more time off they can have. Heck, they could even semi-retire.

A narcissist thinks no one can do it as good as them and has to have total control over every project and everyone.  If they do actually delegate a task or responsibility, they will change it along the way, so the person is confused and unclear on their given targets.  If the project is a success, it is all because of the narcissist, if it failed, you’re on your own. You will hear them say ‘I didn’t say that’ or ‘I didn’t mean that’ or ‘You obviously weren’t listening’ and the list goes on.

A great leader will say ‘yep there is always room for improvement’ and are more than happy to take outside advice and training. Where you will never hear a narcissist say this as they think they have no faults or flaws and feel everyone else needs to lift their game, not them.

A good leader will admit when they have stuffed up and will take full responsibility.  They can handle feedback and take it on the chin. These thoughts would never cross a narcissist’s mind, as they cannot see any fault in their behaviour and their ego would never allow them to admit it.  If someone does try to hold them accountable, watch them bear the blunt of a full blown temper tantrum from the narcissist.

A narcissist has to always be the centre of attention, a good leader doesn’t want to be.

A good leader understands that it is their responsibility to grow a person’s confidence and skill set so they can reach their full potential and believes in investing in training for his team.

A narcissist will go out of their way to sabotage someone when they get close to succeeding as they always want to be seen as the king pin.  They will preach to do one thing, but do the complete opposite themselves.  They will try to isolate people and will ensure certain groups do not meet or contact each other.  Everything has to go through them, hoping that no-one works out that they are actually the weak link in the organisation.

A narcissist will want to take the full glory and accolades for the success of a project, knowing full well they had little input or none at all, but quickly point the finger when the shit hits the fan.  They are petrified they will be found out to be the fraudsters they truly are.

A good leader will say ‘we did this’ and ‘we are working on this’.  A narcissist will say “I did this, everything is I.

A narcissist believes all the companies success is totally due to them.  A good leader knows that their success long term and the success they have achieved to date, has been a team effort.

A good leader will encourage their team to come up with new ideas and supports them to think for themselves and to work on solutions without them.  A good leader wants a team member to bask in all the glory of victory as they know this will inspire them to do it again and want to do even better next time.

A narcissist will tell people that they can come up with a new idea and strategy, but over time, they get to know that their suggestions will only be squashed, ridiculed and belittled. They get to know to just shut up and wait to be told what to do.

If the narcissist comes up with an idea, the team know that their opinion might be asked for, but in reality, it’s actually not wanted. They learn that it is safer to stay silent.

A good leader encourages their team to ask questions and give feedback so they understand and are part of the discussion.   A narcissist just wants everyone to obey and bow to them.

A good leader has a healthy self-esteem and are confident.  A narcissist has low self- esteem and is envious of anyone who is confident or is seen as competition to them.

A good leader accepts full responsibility when the team isn’t achieving their targets, as they know the buck stops with them.  A narcissist will blame anyone and everyone.

Suffocating and drowning the potential growth of a company and its people, whether it be in twelve months, five years or 20 years’ time, everything is eventually revealed and the narcissist is finally exposed for the pathetic person he really is.

But sadly, the damage has been done. The company the narcissist was in control of is left with teams of people with low morale, in-house fighting and a trail of destruction and financial ruin. 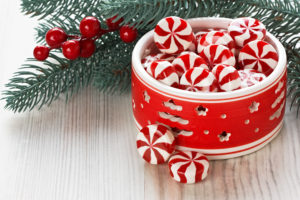 Our Psychological Struggle To Change

Some people have forethought. They have enough sense to get[...]

Registered members have access to our newsletter, exclusive feature articles and discounts in the bookstore.

10 Signs to Look for To Identify Toxic Employees

Toxic Employees I often have business owners contact me and...

The Secrets to Inner Peace

What does having inner peace mean to you? How can we get it...

What is Post Traumatic Growth and how can it help me

We're currently offline. Send us an email and we'll get back to you, asap.